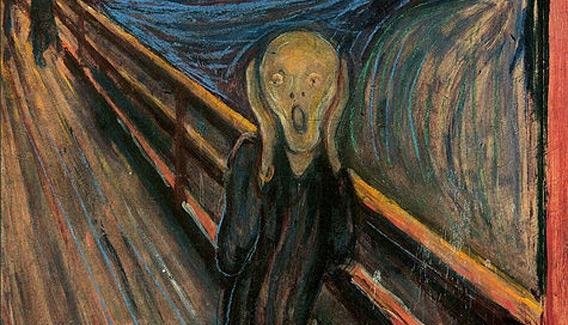 It has been a week since the Economic Committee of the European Parliament rejected the Level 2 RTS for the proposed PRIIPS regulation on investor protection and definition of the Key Investor Documents. It is almost impossible to know what will happen next but a delay in the proposed implementation date of 1 January 2017 seems much more likely than before.

It is fair to say that the whole PRIIPS process has been fraught with difficulties, uncertainty and delays for several years but the rejection by MEPs of the European Commission's RTS represents an astonishing "back-bench" revolt against the central executive body of the EU.

The KID document has long intended to carry information on costs, risk and indications of performance. Almost everyone in the industry and beyond welcomes the idea of effective investor protection and to facilitate that the use of a standardised investor document. As a solution provider and consultancy engaged in this area my firm has naturally followed the evolution of the proposals very carefully and we have been in close contact with clients and prospective clients about all aspects of PRIIPS.

The events of last week have prompted many thoughts and reactions which I have crystallised into four areas which I would like to share below.

I hope the EC/EP learns from the lessons of this exercise which has proved in my opinion to be a slow motion disaster for several years. Whatever the validity of the current objections, and I shall detail those later, it cannot be right that they surface with less than four months to go before an implementation date set for 1 January 2017.

We also should remember that final RTS were not made public until early April 2016, and these contained so many holes and contradictions that a workshop was required in July and further "Q&A" explanations were subsequently promised. Even after last week's EP vote firms must still assume (worst-case) that the timetable is unaffected until they are definitely told otherwise.

How are firms reasonably expected to prepare for such important regulation with the uncertainty that exists. This is simply not fair. While the aim of PRIIPS is rightly to protect investors the EC has a duty in my opinion to set clear and attainable timetables for its implementation. Furthermore, it would serve neither investors or the industry well if when implementation comes it is some kind of "soft" launch because of the chaos of the process to get there.

2. It is now very possible that the implementation will be delayed to either July 2017 or January 2018. If it is the latter then PRIIPS will come into force alongside MiFID II. This has been suggested as sensible by many and there is a case for that. Indeed I would go further and say if this ends up happening why was there not greater planning from the outset to parallel track the two regulations to make them as seamless as possible. After all MiFID and PRIIPS both cover investor protection from different angles.

3. One of the key objections made last week was around performance scenarios and whether they should be presented based on past performance or forward looking simulations. This is a fundamental argument around investment analysis which has existed for many years. The advantage of past performance is that it actually happened and that (for funds at least) it is easy to standardise and verify. The advantage of simulations is that it can be applied to a wider set of investments (structured products cannot be reliably treated though past performance) and that the results are much less dependent on recent market conditions. In other words most funds tend look good on the back of a bull market.

I have analysed the example put forward from the Green Party (http://www.sven-giegold.de/wp-content/uploads/2016/09/PRIIPS-performance-scenario-shortcoming-graph-and-explanation.pdf). It shows a property fund which apparently sustained losses even though the PRIIPS methodology would have had an unfavourable outcome returning more than initial capital.

The current methodology within the RTS essentially creates "envelopes" of returns (favourable, moderate and unfavourable) which only really depend on a fund's volatility and the level of interest rates. It is possible for a fund with very low volatility and in times of high interest rates to show this outcome, and that is probably a flaw in the methodology for what is a pretty rare case (think for example interest rates at 8% and a fund volatility of 10%). For assets or products with very asymmetric behaviour a little more care is needed but this phenomenon still broadly holds.

The Green Party analysis did not give enough detail to see how the fund had performed in practice, and while it is an important counter-example, it does not seem to me to represent the dramatic smoking gun that it has been portrayed as. Indeed for every example like this you could put up I could easily find many more where results based on past performance can be made to look ludicrous. I would confidently take on anyone in that debate!

4. As the RTS process has unfolded there have been many areas and choices which have seemed to me to be surprising or unsatisfactory but I have always taken the view that such a regulation is a mammoth task and there will always be hundreds of conflicting opinions.

However after the rejection last week I thought again around what the KID wanted to show and concluded that perhaps the it is the concept itself of performance scenarios that is the fundamental weakness and problem.

It is generally quite easy to get agreement on what costs should look like because they are very tangible. Next "along the curve" is the risk rating. While people may argue over VaR versus shortfall, simulation assumptions, inclusion of credit and all the other aspects fundamentally a risk measure will include all possible investment outcomes that could happen and attempt to rank or quantify them, so by and large results will look sensible.

It is the performance scenarios that are the odd one out in my opinion. Crystallising all investments from many fundamentally different types into three simple outcomes that can be properly understood and make sense in every economic situation for every product is very difficult if not impossible. Perhaps in the pursuit of transparency and simplicity the regulation has gone down the wrong path. A choice of car is more than size, engine and tyres. A choice of investment is more than costs, risk and scenarios.

In conclusion we all wait with interest at the next instalment and whether you are from a firm faced with these requirements, or from a service provider looking to help clients there is a long path ahead. Good luck!